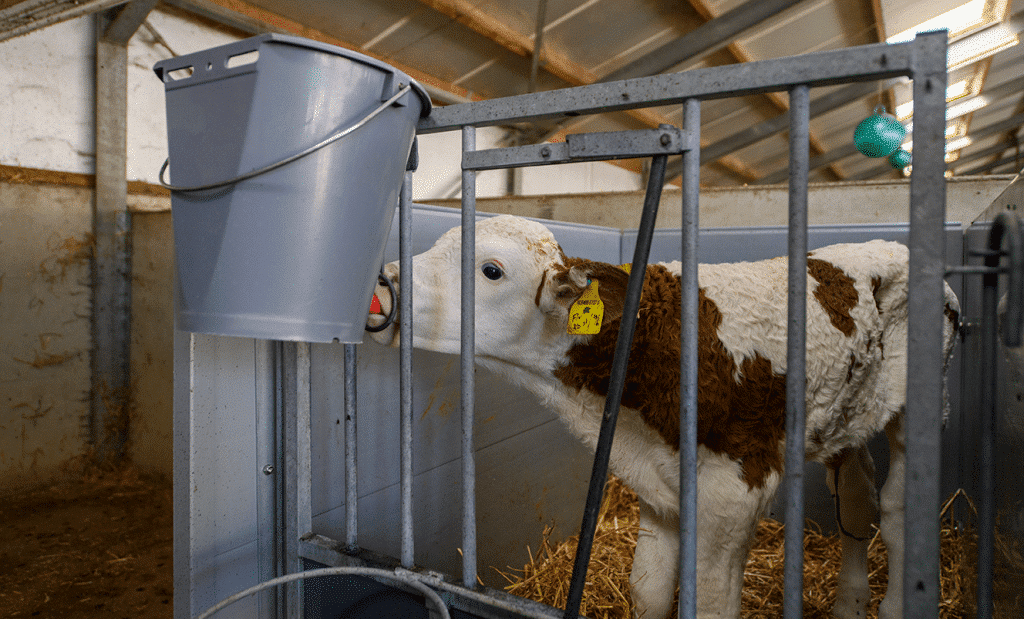 If things go wrong in colostrum delivery, there is no way to correct matters at a later stage

Why six litres of colostrum in the first 24 hours?

This quantity of colostrum is sufficient to feed a calf once or preferably twice. “The first colostrum is always the best,” explained the young cattle ­specialists. “Try to use it in the second and third feed, too.” In order to ingest sufficient antibodies, the young calf must have been fed six litres of colostrum in the first 24 hours. The more colostrum the better for the performance of the calf throughout its life, explained Erwin. “The calf grows more easily, can be inseminated sooner, and as a result will itself be able to calve at a younger age. In addition, lifetime production and age are higher in cows that receive more colostrum on day one.” The importance of sufficient colostrum is huge, a point also underlined by Johan. “If things go wrong in colostrum delivery, there is no way to correct matters at a later stage, not even with super milk powder or super pellets.”

The more colostrum, the better the performance throughout the cow’s life

How do you deliver the first colostrum?

The first colostrum can easily be fed to a new-born calf with a bottle and teat. “Make sure the opening in the teat is not too large,” warned Ger. “Otherwise the calf will gulp the milk down too quickly.”

In his judgement, a teat bucket is also ideal for the first feed. “If necessary you can also use a feeding tube, but if you feed the colostrum within the first two hours following birth, the majority of calves will easily drink three to four litres of colostrum, themselves.” You can choose a bottle or teat bucket, whichever works best for you, suggested Johan. “You could also try asking a woman to feed the calf their first feed; generally speaking they are more patient. When it comes to feeding colostrum, the first delivery is the most important.” And the temperature? “Just as with powder milk, the drinking temperature should be 40 degrees.”

For colostrum, too, the drinking temperature should be 40 degrees.

What is the best way to prepare powdered milk?

Hygiene, make it a habit! – part 2 Scroll to top